2019 was a big year for astronomy. Voyager 2 entered interstellar space, a Japanese robot landed on an asteroid, and a Chinese spacecraft became the first-ever to touch down on the far side of the moon. But 2019 will be best remembered as the year of the black hole.

We learned what Voyager 2 is seeing in interstellar
space, a Japanese robot landed on an asteroid,

and a Chinese spacecraft became the first-ever
to touch down on the far side of the moon.

…and no, that’s not a metaphor.

On April 10th, the internet lit up with the
first-ever direct image of a black hole,

To capture the image, researchers used the
Event Horizon Telescope,

an eight-telescope project designed
exactly for that purpose.

The EHT doesn’t take photos like a traditional
camera would—instead, all eight telescopes

sync up to look at the radiation given off
by black holes.

There’s a lot going on in this image of
M87.

You can see the photon sphere, the accretion
disk, and the event horizon, the visible point

of no return where nothing can escape the
black hole’s gravitational force.

like Einstein’s general relativity, which
dictates how things move through space.

Using the EHT, we can watch how gravity-driven
warps in spacetime impact how light travels.

Plus, it proved that this technology actually
works and it can be used again.

The picture of M87 is a compilation of data
captured over four days in 2017.

It took more than two years to process, partially
because of the enormous size of the files—

the image is made up of more than 5,000 terabytes
of data.

physical hard drives had to be taken from
the observatories to the scientists.

In fact, the dataset in Antarctica took months
to retrieve because of bad weather.

Though the image is an incredible accomplishment,
it lacks sharpness in part because it had

to be compressed a million times over.

However, advances in technology, like using
additional telescopes and new algorithms,

may help to speed up the process and sharpen
future images.

Next, you may remember the name LIGO.

It stands for the Laser Interferometer Gravitational-Wave
Observatory.

the same ones Einstein predicted.

Those ripples were caused by two black holes
merging, which produced a signature “chirp” sound.

have witnessed signs of a black hole slamming
into a neutron star.

That’s something scientists were never sure
was even possible.

On April 25th and 26th, LIGO, as well as Italy’s
Virgo interferometer, detected two sets of

The latter seemed to come from a rare black
hole-neutron star merger.

The collision probably happened about 1.2
billion light-years away, but that’s almost

all we know about it.

The team is still studying the results, and
if the event is confirmed, it could start

a whole new field of astrophysics.

Before the year could come to a close, black holes managed to

sneak into the news one more time in October.

a ship millions of light years in a fraction
of a second.

They could exist under Einstein’s theory
of gravity, but only black holes have the

oomph required to actually sculpt one.

into its gravitational pull; a wormhole is
like a tunnel, with a destination on either

side that can be traveled between.

And if we thought we found a wormhole, we
could test it by sending a probe through.

But—unlike the film Interstellar—it would take millenia
for any spacecraft to reach the nearest candidates.

So, instead, two theoretical physicists from China and
the U.S. have been conducting a thought experiment.

possible for a big, stable wormhole to exist.

Their conclusion: it could happen, but only
if the hole is kept open by the force driving

the expansion of the universe.

So, how do you discover a wormhole without
actually going there?

You need to look at the stars orbiting it.

In fact, the duo previously hypothesized that
stars circling a wormhole would wiggle in

a very specific way—a dance, if you will.

That’s because unlike a black hole, a wormhole
could have something on the other side,

causing a slight gravitational pull on the stars on
the other end.

Now, they are exploring what the effects would
be like—and looking for dancing—on a specific

star called S2, which orbits Sagittarius A*,
the supermassive black hole at the center of our galaxy.

But don’t get too excited, remember this
is all theoretical.

Despite decades of advancements in the field
of astrophysics, our tools and data still

should reach in the coming decades.

Once that happens, we’ll be able to see
if S2 is dancing or not.

For now, all we can do is wait.

Let us know in the comments below.

The 4moms mamaRoo sleep bassinet is a smart bed for babies

What happens to your body when you die in space?

NASA isn’t sure what to do with corpses in space, but they may need to figure it out soon. Of the more than 550 people we’ve sent into the cosmos, just 21 have died—and only 3 actually above the boundary between Earth and space—since humankind first took to strapping ourselves to rockets. When there have… 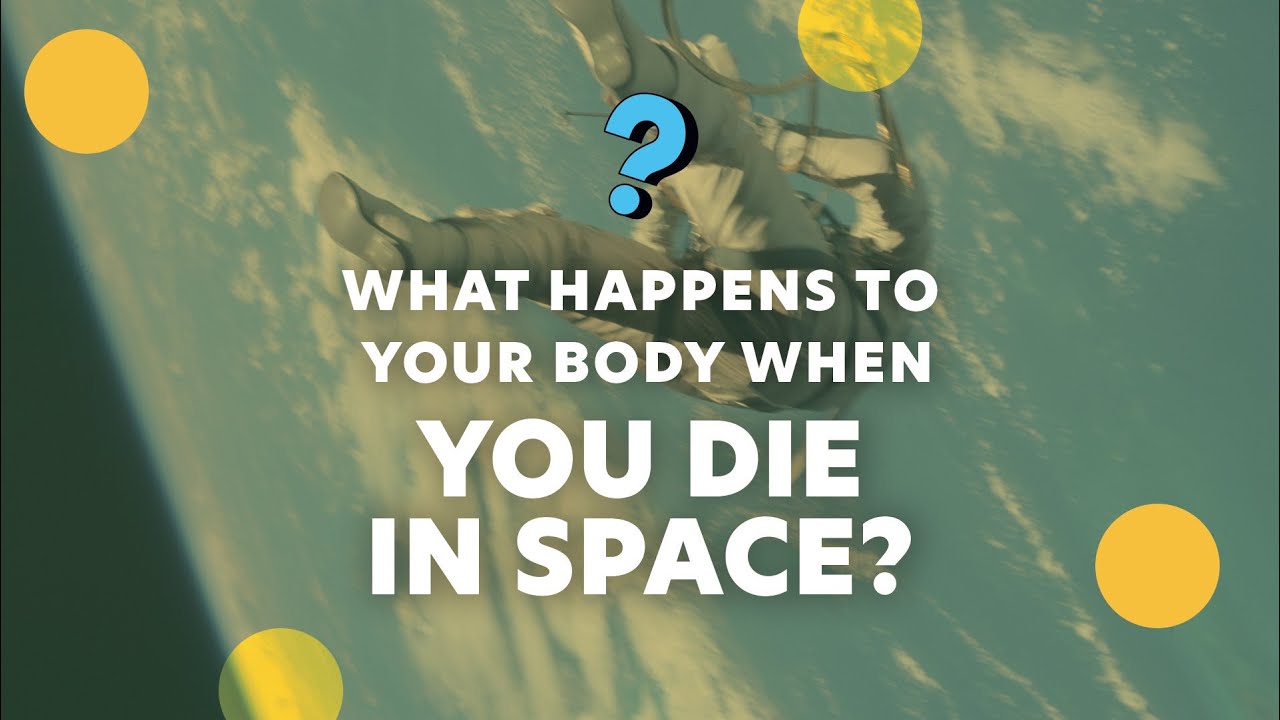 NASA isn’t sure what to do with corpses in space, but they may need to figure it out soon.

Of the more than 550 people we’ve sent into the cosmos, just 21 have died—and only 3 actually above the boundary between Earth and space—since humankind first took to strapping ourselves to rockets. When there have been fatalities, the entire crew has been lost, leaving no one to rescue. But as we move closer to a human mission to Mars, there’s a higher likelihood that individuals could be stranded or even perish—whether that’s on the way, while living in harsh environments, or at some other point of the mission.

► DO YOU LOVE DOGS? WHAT ABOUT SPACE? Watch our video about Laika, our hero ​

► HAVE YOU EVER WONDERED how an eclipse happens?

► 24 OF THE MOST FAMOUS SPACE LAUNCHES EVER

► THE MOLE CHANGED. And now new discoveries throughout space and time are possible

► FIND OUT MORE about this episode by reading the article

***
About Ask Us Anything
Popular Science answers your most outlandish, mind-burning questions—from what the universe is made of to why not everyone can touch their toes.

– That’s one small step for man.

– [Narrator] Was due to
depart the moon’s surface

– One giant leap for mankind.

– [Narrator] A speech had been prepared

“In the Event of Moon Disaster,”

it read, “Fate has ordained that the men

who went to the moon to explore in peace

will stay on the moon to rest peace”

because landing on the moon was one thing,

getting off was something else entirely.

Would Buzz Aldrin and Neil Armstrong

live out the rest of their days

And what if they did?

Of the more than 550 people
we’ve sent into the cosmos,

and only 3 actually above the boundary

between Earth and space

to strapping ourselves to rockets.

When there have been fatalities,

the entire crew has been lost,

leaving no one to rescue.

But as we move closer to
a human mission to Mars,

that individuals could be
stranded or even perish

whether that’s on the way,

while living in harsh environments,

or at some other point of the mission.

is one place to look to as a model.

A death among that crew

would likely result from an
accident during a spacewalk.

Maybe suddenly you get
hit by a micrometeorite,

then there’s a hole in your suit.

would only have about 15 seconds

until they lost consciousness.

Before they froze, they
would most likely die

from asphyxiation or decompression.

10 seconds of exposure
to the vacuum of space

would force the water in their
skin and blood to vaporize,

Their lungs would collapse,

and after 30 seconds
they would be paralyzed

if they weren’t already dead.

A corpse in space presents
some major logistical problems.

The fact that a dead body is a biohazard

is definitely the biggest concern,

and finding the space to
store it in is a close second.

The crew of the ISS already stores trash

in the coldest spot on the station;

it keeps the bacteria away and
makes smell less of an issue.

For this reason, a dead astronaut
would likely be held here

or an airlock until a seat was available

on a return trip to Earth.

What if you’re millions
of miles from anywhere,

and storage of a deceased
astronaut isn’t an option?

In theory, you could
always jettison them out

on a forever path into the void, right?

One problem of physics though,

unless a mini rocket was
strapped to the body,

they would end up following the trajectory

As the years went on and
the bodies accumulated,

that would make for a morbid trip.

But the risks of dying along the way

are nothing compared to
dying once you get there.

In promoting his own future
space settlement plans,

“If you want to go to
Mars, prepare to die.”

Which begs the question,

if lives are lost on the Red Planet,

where do you put the bodies?

Could they just be buried there?

That makes sense because
of the long journey back,

but it poses potential
contamination problems.

Even the Mars rovers are required by law

not to bring Earth microbes
to their new planet.

Spacecraft are repeatedly
cleaned and sanitized

from being overtaken by
intrepid microorganisms.

But the bugs on a rover are nothing

compared to the bacteria
hitching a ride on a dead body.

So, if a Martian burial were to happen,

it would have to require cremation.

but they were prepared to lose the crew.

they planned to shut down communication

with the stranded astronauts

and issue them a formal burial at sea.

In reality, starvation
or, unfortunately, suicide

would have been the cause of death.

But even given that morbid
hypothetical turn of events,

everyone knew we would keep trying.

Quote, “Others will follow, and
surely find their way home.”

“Man’s search will not be denied.

But these men were the first,

and they will remain the
foremost in our hearts.”

As for future Mars missions,

more than 200 bodies
lay across the mountain,

some of them still visible on
days when snow cover is light.

Everyone who climbs past is reminded

that they’re risking their lives.

Indeed, going to Mars is a risk.

But, that’s part of exploring space.

What Makes an ‘Ultra High Performance’ Tire? These 3 Things 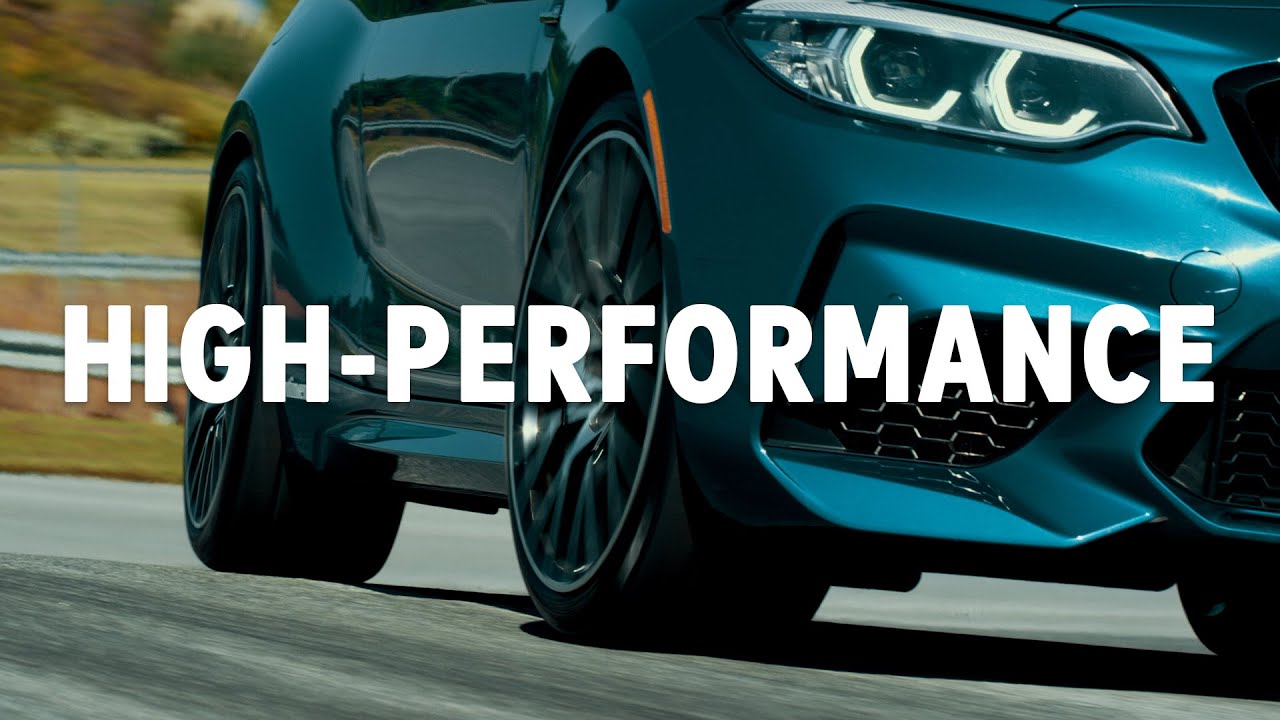 ► LEARN MORE about how tires work in winter:

Get a grip: the science of how tires work in winter

What keeps the tire’s rubber on the road when the weather becomes most foul, the temperature drops, and rain turns to sleet and then snow? A good winter tire requires these three things. Video presented by Continental. ► LEARN MORE about how tires work in winter: ► SUBSCRIBE! to Popular Science on YouTube: #Continental #VikingContact7… 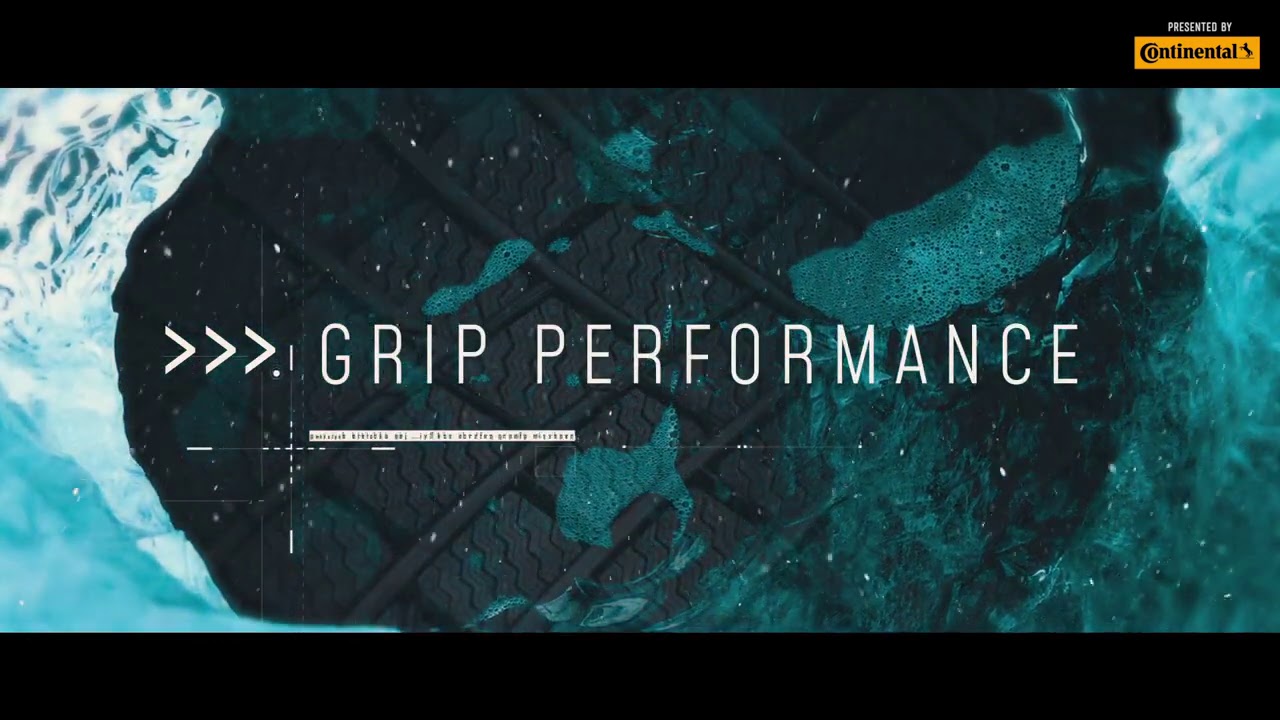 What keeps the tire’s rubber on the road when the weather becomes most foul, the temperature drops, and rain turns to sleet and then snow? A good winter tire requires these three things.

► LEARN MORE about how tires work in winter: