Coming to us from 60 years in the future, legendary sci-fi writer Kim Stanley Robinson tells the “history” of how humanity ended the climate crisis and restored the damage done to Earth’s biosphere. A rousing vision of how we might unite to overcome the greatest challenge of our time.

Take action on climate change at .
Countdown is TED’s global initiative to accelerate solutions to the climate crisis. The goal: to build a better future by cutting greenhouse gas emissions in half by 2030, in the race to a zero-carbon world. Get involved at

Visit to get our entire library of TED Talks, transcripts, translations, personalized talk recommendations and more.

The TED Talks channel features the best talks and performances from the TED Conference, where the world’s leading thinkers and doers give the talk of their lives in 18 minutes (or less). Look for talks on Technology, Entertainment and Design — plus science, business, global issues, the arts and more. You’re welcome to link to or embed these videos, forward them to others and share these ideas with people you know.

TED’s videos may be used for non-commercial purposes under a Creative Commons License, Attribution–Non Commercial–No Derivatives (or the CC BY – NC – ND 4.0 International) and in accordance with our TED Talks Usage Policy (). For more information on using TED for commercial purposes (e.g. employee learning, in a film or online course), please submit a Media Request at

They began with the first pandemic,

a slap to the face of everyone,

as they had to acknowledge
that they were a single civilization

on a single biosphere,

utterly dependent on science
to keep them alive.

Civilization is a fragile thing.

And although people started the ’20s
hoping to ignore that profound truth,

even after the first pandemic,

the great heat waves of 2023
torched any such hope.

that rise above an index temperature
called “wet-bulb 35.”

And that year, the wet-bulb 36 events
in India, in Southeast Asia

and in the American Midwest

killed so many more people
than the first pandemic

that it was made clear to everyone
things simply had to change.

The arrival of the second pandemic
put an exclamation mark on all that.

The question at that desperate point
was: Could things change?

Could humanity stop its destructive ways

and restore balance
to its relationship to its biosphere?

Crucially, could it lower the global
average temperature of the earth

Looking back from our perspective 60 years
later, this of course looks possible,

because they did it.

But it was by no means a sure thing.

You have to imagine what it felt like
at the time, when panic filled the air,

and no one could be sure
success was even physically possible.

Many declared that humanity was doomed.

This is why that decade gets called
“the turbulent 20s”

although that’s a historian’s joke
and as usual, a bad one.

It was not at all like
the roaring twenties of a century before.

It was much stranger than that.

In these critical years, lessons learned
in the first pandemic got put to use.

The scientific community
had rallied to meet that crisis

in an unprecedented way,

unleashing a burst of cooperation
and creativity never seen before.

And now they did it again.

Things that had once seemed impossible
became the new normal,

and the heat waves of 2023
spurred an all-hands-on-deck mentality,

got accelerated to roll out
and given a try.

The diversity of this effort
makes any study of the 20s

a very multidisciplinary affair —
which I like — involving all of science,

and most of all, finance.

were what allowed for the rapid
changes in its hardware.

Crucially, the people of that time
had to arrange to pay themselves

to do the things necessary
to heal the biosphere.

Money had to go to good work
rather than bad.

This was the crux.

With that change enacted,

there was all manner of good work
ready to be performed.

It has to be understood
that before the 20s,

capital always went to
the highest rate of return.

That was the law of capital,

Restoring damage done to the biosphere,

taking carbon dioxide back out
of the atmosphere —

these did not yield
the highest rate of return,

and thus the catastrophe struck home.

Strange as it seems now, the funding
of destruction might even have continued

were it not for a basic change
in the global political economy,

a change oriented by science,

organized under the Paris Agreement

and then enacted
by all the nations on earth.

The mechanism for this transformation

was called the Network
for Greening the Financial System,

an organization of 89
of the world’s central banks.

Under the direction and encouragement
of their governments,

these central banks shifted the world
to what some now call the carbon standard.

It also gets called “carbon quantitative
easing” or “the carbon coin.”

The idea was this:

that new fiat money
should be created precisely in proportion

to the amount of carbon dioxide
taken out of the atmosphere

and sequestered in plants, soil
or the rocks under our feet.

And that new money
was to be given to anyone

who drew carbon back out of the air

or demonstrably and over the long term

refrained from burning it
in the first place.

reoriented a huge proportion
of human work to decarbonizing projects,

and there were a lot of them ready to go.

Regenerative agriculture
was one giant area,

very important, as people still
needed to eat while saving the world.

Reforestation, where appropriate, was also
a rapid method of carbon drawdown.

So was direct air capture,

all paid for by carbon coins.

Some captured carbon got rendered
into replacements for concrete and steel,

and that, too, earned carbon coins.

Once people were getting paid to take care
of the earth’s land and animals,

that we had been slipping into.

Of course, clean energy is fundamental
to powering all of this good work,

and installing thousands of gigawatts
of clean energy production

was a mammoth task.

Millions of people spent their careers

in this great infrastructural
transformation.

Indeed, there was so much
work to be done in the 20s

that governments funding it
were able to create full employment.

“Create full employment,”
which of course means an end to poverty.

That there wouldn’t be enough
work for people,

that there was a contradiction
between people’s health

and the biosphere’s health —

these were confusions so ingrained
in the era before the 20s,

And as for keeping
fossil fuels in the ground,

this, too, had to be compensated,

as many nations were literally
banking on these resources,

the burning of which would ironically
have destroyed them.

When petrostates like Venezuela,
Saudi Arabia, Canada and Russia

declared they were
going to keep it in the ground,

they were paid in carbon coins,

on a timetable matched to how quickly

they would have extracted
and sold these fuels.

At the level of cities,

infrastructure changes got paid for
as they reduced carbon burn.

all these actions earned
carbon coins at the city level.

And individuals could earn
the coins as well,

by efforts such as no-till agriculture
or green ranching,

and also swapping out
dirty machines for clean ones.

All such decarbonizing efforts now made
money rather than cost money.

Well, of course, there were many problems
created by this shift in value.

Certifying carbon drawdown
became a huge industry in itself,

and anything that gets
measured gets gamed.

So this was not a simple matter.

But it got done.

as if all their good work
had come too late,

the people could no longer stop
a slide into catastrophe.

Things could have fallen apart that year,

and there was enough turmoil to make it
seem like that was what was happening.

The countries that cast dust
into the atmosphere the next summer

these countries were excoriated by many,

but thanked by many more.

The sense of emergency grew strong,

The creation of a dozen new countries
by way of divorces, velvet or otherwise,

was hard to reconcile
with the climate emergency work.

And for some years,
history seemed to fall into chaos.

The global temperatures cooled
for a few years after that,

and political temperatures cooled as well.

Indigenous people took an active role
in managing the lands

that they knew the best,

by way of the continuous
and undeniable work of women.

And when the world’s population
then began to level off,

pressures of all kinds
were reduced accordingly.

to our cousin species

And the mass extinction event
that had looked inevitable

began to shift into
a global project of mutual care.

Although the sunlight deflection of 2028

remains by far the most famous
act of geofinessing,

it’s important to recall the effort
in Antarctica and Greenland

to pump meltwater
out from under the great glaciers

that were then sliding
faster and faster into the sea.

Sea level rise could have been
a catastrophe for everybody,

not just near the coastlines,
but everybody.

But removing that meltwater
beneath the glaciers

caused their ice
to bottom out on rock again,

slowed the ice back
to its historical norms.

Sea level rise is still
a concern, of course,

but in this matter, as in so many,

carbon drawdown is a huge help.

for keeping the biosphere in balance,

that the parts per million of CO2
in the atmosphere

is now under our control

and a matter of international
treaty negotiation.

This is really the great
accomplishment of our time.

It means we can put sea level,
along with everything else,

onto a shared path
towards long-term stability.

It’s another way in which we can say
we now live on the carbon standard.

We take that for granted now.

But 60 years ago, it was a challenge
no generation had had to beat.

That they did it is something
we should be grateful for,

and indeed, the more historians
like me look at the 20s,

the more amazing they become.

Those people really stepped up.

iPhone 13: The most exciting rumors

If you’re lucky enough to have a PS5, the new September update enables 3D audio through your TV’s speakers. Here’s how to enable it. 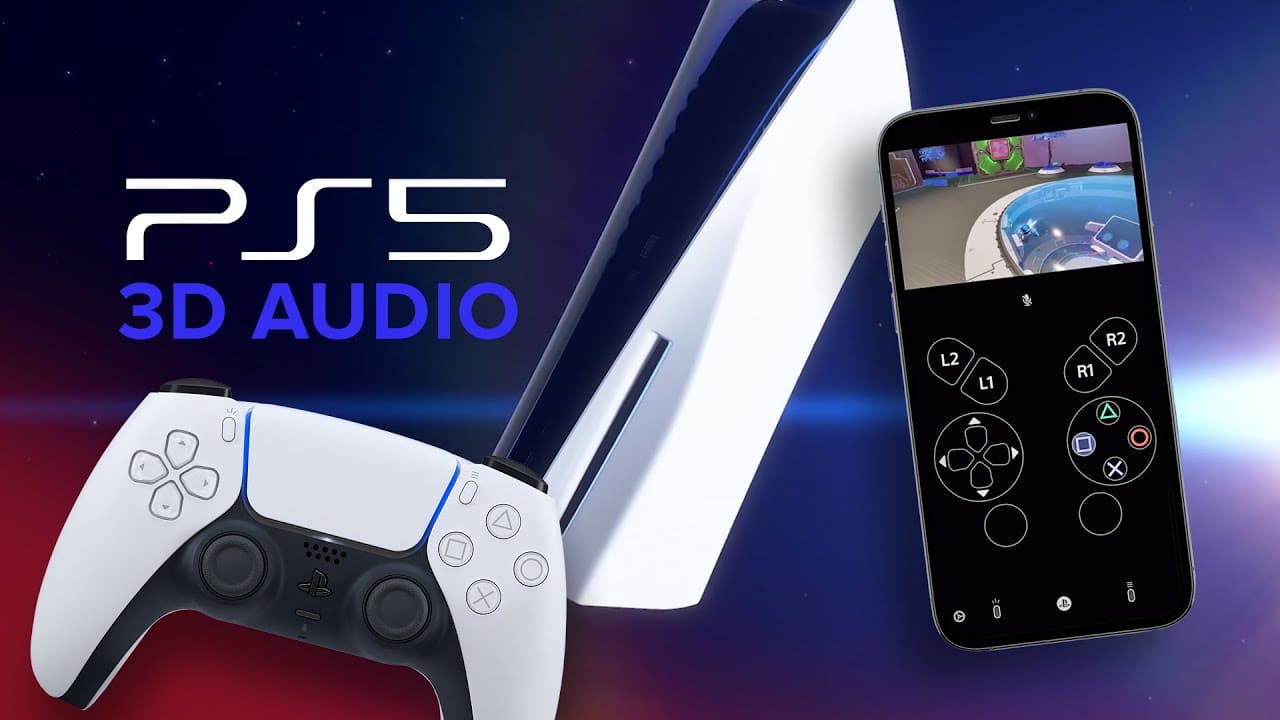 If you’re lucky enough to have a PS5, the new September update enables 3D audio through your TV’s speakers. Here’s how to enable it.

Both of these battery powered video doorbells offer a solid list of features, but we put them to the test to see which one reigns supreme. We’ve pitted Nest and Ring against each other before, but these wireless options are even simpler to install. Does that make them easier to steal? We find out, and… 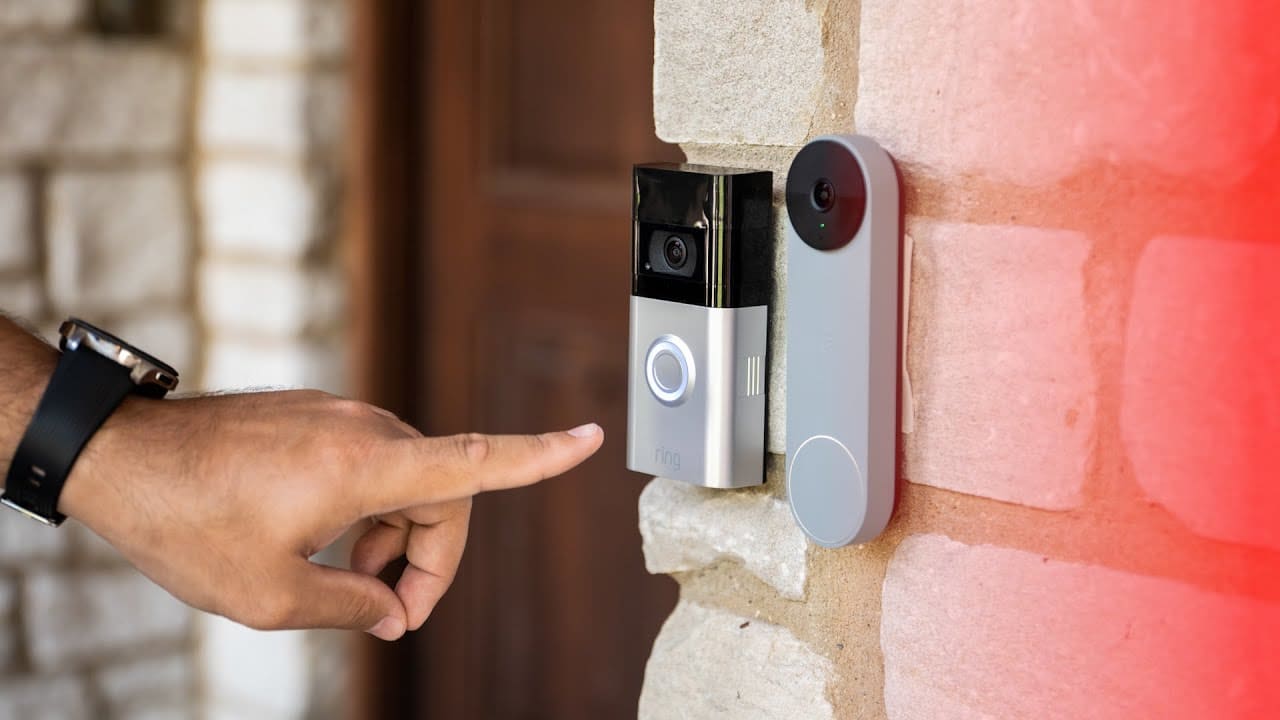 Both of these battery powered video doorbells offer a solid list of features, but we put them to the test to see which one reigns supreme.

We’ve pitted Nest and Ring against each other before, but these wireless options are even simpler to install. Does that make them easier to steal? We find out, and do our porch pirate test along with a vision test to find out which one will get you the info you need the quickest. 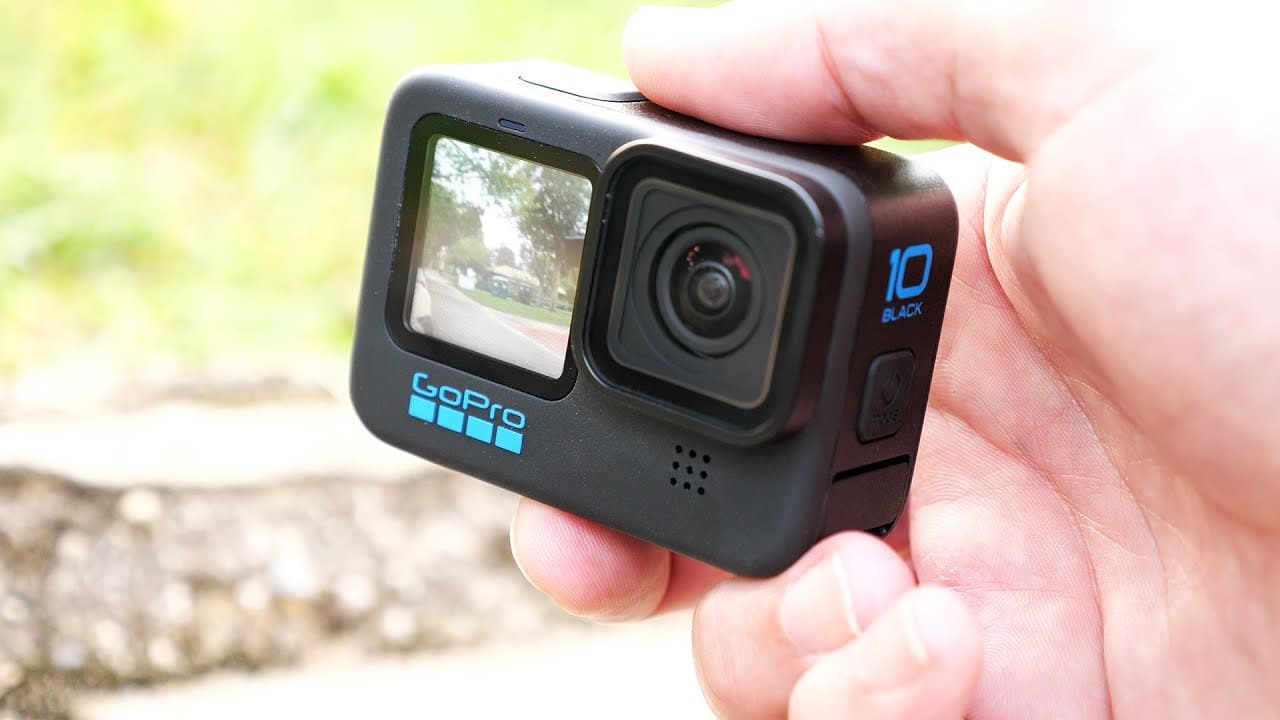 GoPro’s new GP2 processor speeds up the rugged, waterproof camera’s performance but also gives us a peek at what might come next.

Buy the GoPro Hero 10 here:
CNET may get a commission from this offer

Read the review on CNET: